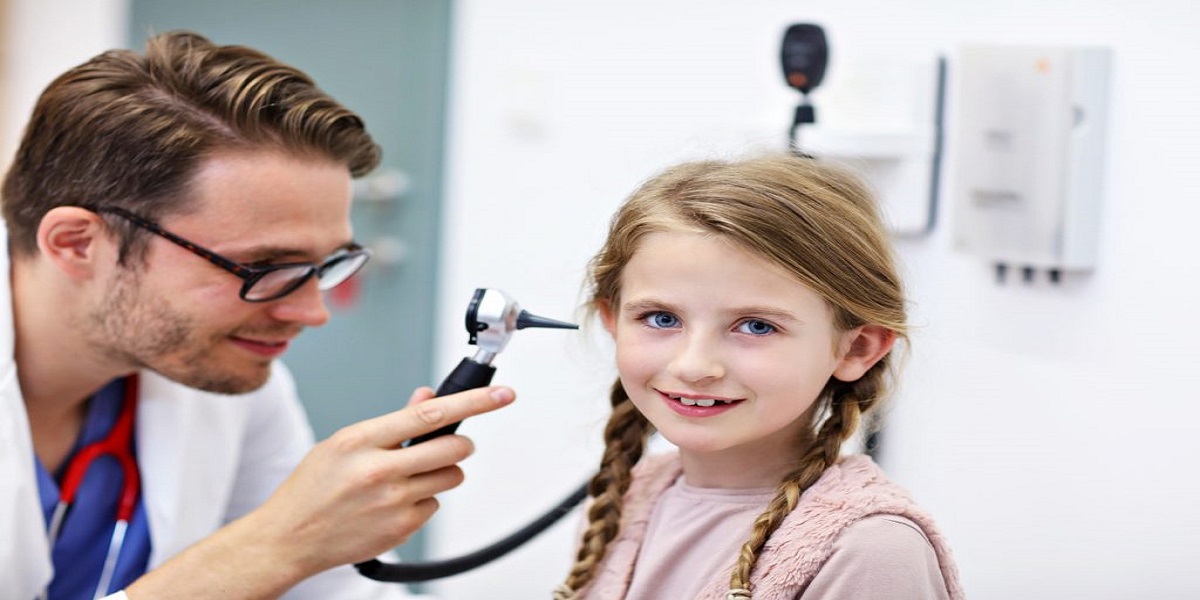 The outer ear consists of the pinna, ear canal and ear drum. The pinna catches the sound and sends to ear drum via ear canal. The ear canal has a protective lining of hairs and glands that produce wax, which traps dust and stops small objects. The ear drum is a thin membrane which separates the middle ear from the ear canal. when sound travels down the ear canal, the ear drum vibrates and passes it to middle ear. The middle ear is an air filled cavity that contains three small bones or ossicles. The ossicles are called malleus,incus and stapes. Vibration of ear drum is amplified by the ossicles and then passed to the inner ear.

The middle ear is connected to the nose by Eustachian tube and to another air filled cavity behind the ear called mastoid. The Eustachian tube maintains pressure outside and inside the drum whilst opening during yawning and swallowing. The inner ear is delicate and complex. It contains cochlea which changes sound vibrations into a nerve signal, and vestibule with semicircular canals, which maintain our sense of balance and position. Hearing loss arises when any part of ear starting from outer ear to cochlea is diseased. Balance is a complex process and requires information from semicircular canals, the eyes and special sensors in major joints, particularly in the neck. This information is sent to a part of brain called cerebellum. Even a small problem with any one of these information source can make one feel dizzy. . Deafness (including glue ear) A total inability to hear is fortunately very rare.

Occasionally children are born with a profound or complete hearing loss, sometimes in adulthood one acquires hearing loss, usually only in one ear but there are many causes of partial hearing loss or commonly there is a gradually progressive loss as seen in old age. Hearing loss is described as conductive when there is an inability of the sound waves in the air to reach the nerves of hearing (the cochlea). This type of hearing may be treated with an operation. The other type of deafness is sensor neural hearing loss where there is a failure of the nerves or part of the brain. This is not usually treated by surgery (with the exception of a cochlea implant in selected cases). It may be treated with a hearing aid.

The nose is an air passage that runs from the nostrils, over the roof of the mouth to the top of the throat. Nose is divided in two compartments by a partition called nasal septum. Nasal septum is formed by a piece of cartilage and thin bones. It is often bent to one side in normal people without problem. The nostrils open into nasal cavity which is formed by bones at the base of the skull and the palate. On each side of the cavity are three or four bony projections called turbinate. Turbinate increases the surface area available for moistening air. The nerve cells that detect smell are in the roof of the nasal cavity in the area called olfactory area.

The sinuses are air filled cavities that lie within the bones surrounding the nose and are connected to the nose by narrow holes and passages. There are four sinuses maxillary, ethmoid, sphenoid and frontal. Their function is not completely known, but it works for moistening the air and keeping skull's weight light. Sinuses does have mucous secretions and specific pathway for it's drainage in to the cavity. Whenever this pathway is blocked due to some reason sinusitis develops.

In front of the larynx is the thyroid gland, which produces hormones that determine how quickly or slowly many body systems function. Below jaw bone (mandible) on each side lies submandibular gland and in front of pinna lies on each side parotid glands. these glands along with multiple small glands in buccal mucosa and other parts of mouth secret saliva and keep our oral cavity moist There are multiple small nodes on both side of neck known as lymph nodes. They are interlinked with thin tubes known as lymphatic's and makes lymphatic system. Lymphatic system works for draining debris from our body. Lymph nodes are not palpable until they get enlarged.

Tonsils and adenoids are part of your lymphatic system. Tonsils are in the back of your throat and your adenoids are higher up, behind your nose. They help protect you from infection by trapping germs coming in through your mouth and nose. Sometimes your tonsils and adenoids become infected themselves. Tonsillitis makes your tonsils sore and swollen. Enlarged adenoids can be sore, make it hard to breathe and cause ear problems.